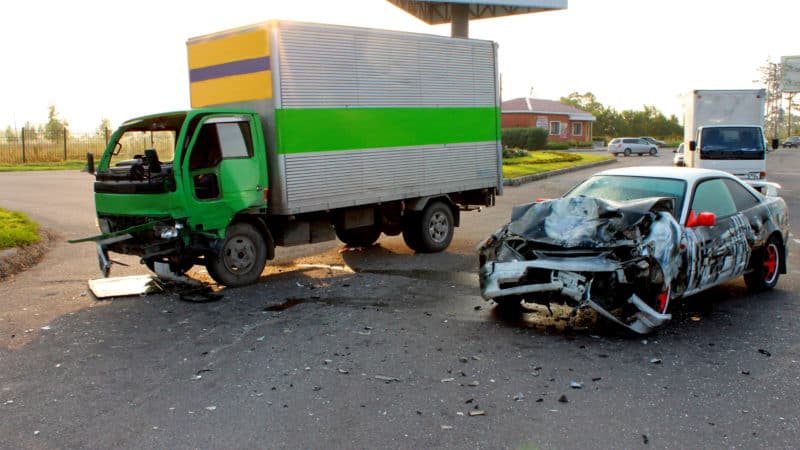 As you can imagine, trucking collisions can be some of the worst accidents on the road.  An eighteen wheeler clearly has size and weight over almost all other vehicles.  Trucks often weigh 20-30 times as much as passenger cars and are taller with greater ground clearance.  When there is a trucking accident, almost always, the passenger vehicle gets the worst of the situation.

According to the National Highway Safety Administration, in 2014 there were 3,903 people killed and an estimated 111,000 people injured in crashes involving large trucks. In the United States, an estimated 438,000 large trucks were involved in police-reported traffic crashes during 2014.

Truck breaking capability can be a factor in truck crashes.  Loaded tractor-trailers take 20-40 percent farther than cars to stop, and the discrepancy is greater on wet and slippery roads or with poorly maintained brakes.  Truck driver fatigue also is a known crash risk.  Drivers of large trucks are allowed by federal hours-of-service regulations to drive up to 18 hours at a stretch and up to 77 hours over a seven-day period.  Surveys indicate that many drivers violate the regulations and work longer than permitted.

Because of the damages, and complexity involved in a trucking accident, it is important to preserve evidence, begin documenting the crash scene, and speak to a lawyer as soon as possible.  In fact, certain reputable trucking outfits have their lawyers on call 24/7 to be dispatched to investigate and preserve accident scene evidence and to give representation to the driver or operator of the truck.  Unlike other accident cases, trucking cases carry specific deadlines to which they have to keep certain items on file.  Crucial evidence can quickly be lost, black box data can be erased and memories can fade.

If you have been involved in a trucking collision, we can help you.  Call Frederick|Ganderton LLP today at 720-588-9120 to set up a free consultation so we can discuss your unique factual circumstances and assess your claim.